Emotional Support in Focus: a Visit From the Dougy Center

On February 1, 2020, we were lucky to have Joan Schweizer Hoff from the Dougy Center visit the Tokyo Kokoro-Juku Facilities to speak about dealing with the grief of children who have lost a parent.

Joan is the Coordinator of Special Projects and Training, at The Dougy Center: National Center for Grieving in Portland, Oregon. For over 28 years, she has coordinated peer support grief groups including groups for children, teens and their families who are bereaved from deaths by suicide, murder, and other traumas.

She joined us again at the Ashinaga Headquarters in Tokyo to reunite with President Tamai and speak with the staff. The Dougy Center and Ashinaga began their relationship after the Kobe earthquake in 1995, when Ashinaga saw a need for emotional care programs in Japan. Four years later, after trips from Japan to Portland to learn more about the Dougy Center model, we build the first Rainbow House in Kobe, based off the original model. 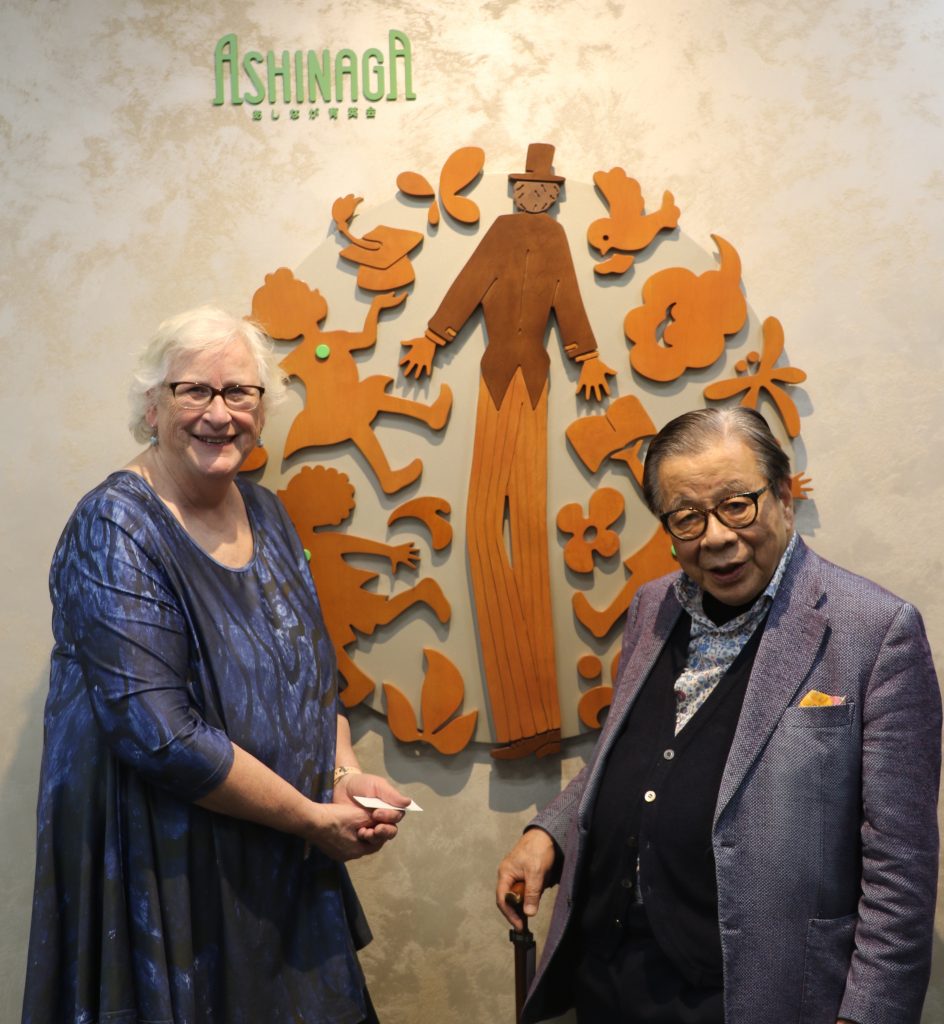 Joan and Tamai in the Ashinaga HQ in Tokyo

The Dougy Center was the first center in the US to provide peer support groups for grieving children, founded 38 years ago. A 13-year-old boy, Dougy Turno, lost his life to an inoperable brain tumor. A woman named Beverly Chappell supported Dougy and his family during his treatment. Beverly picked up on Dougy’s ability to bond with other kids his age facing an array of serious medical issues. Dougy knew he was dying. He both spoke and listened to others about their fears. After his death, Beverly envisioned a place where children, teens, and their parents coping with the death of a family member, could share their experience with others who understood. The first grief support groups met in her home and have grown from that grassroots effort to become a sought after resource for children and families who are grieving. Today, The Dougy Center serves over 550 children and their 425 adult family members each month

Similarly, in Kobe after the Hanshin-Awaji Earthquake, adults had a hard time talking about death with children who had lost parents. Adults thought by avoiding the subject, they were protecting the children, but for many handling with grief this is not the best strategy. “Many children don’t know how to deal with their grief through words, but rather through playing,” Joan explained. “We can all grieve, but we need a supportive environment to do so. In Kobe a number of years ago, adults also were not talking to children about grief. From what I have seen that has changed a lot in the last 20 years.”

We were honored to host Joan and look forward to the next time she can visit us in Japan.

11 Years Since the 3.11 Tohoku Earthquake

Adapting to the New Normal-Ashinaga Internships

Press Conference: The Impact of the Pandemic on Ashinaga Scholars

Interview with AAI Graduate Prudencio: the Mining Industry in Mozambique